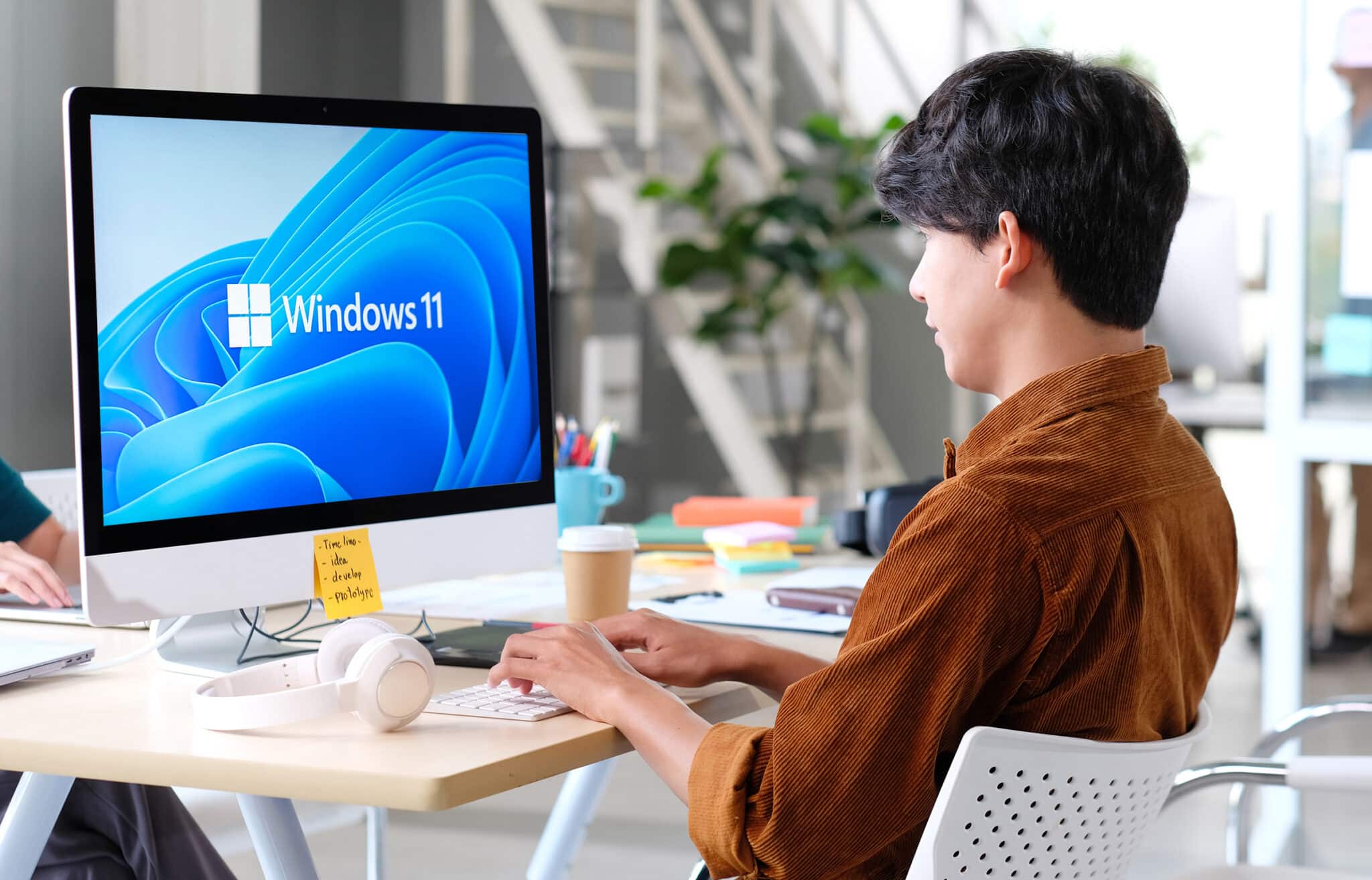 Everything you need to know about the rollout of Windows 11

Windows 11 was launched in October 2021. Many business users may have already upgraded to the new operating system, which is being rolled out throughout 2022. Its most distinguishing visual feature is the entirely redesigned taskbar along the bottom of the screen (almost certainly inspired by Mac OS X). Icons and the start menu are now positioned centrally. All the graphics have also been completely overhauled.

If you have an eligible PC or laptop (it must already have Windows 10 and enough processing power to handle Windows 11), you may already have downloaded Windows 11. Microsoft has confirmed that the rollout is actually ahead of schedule.

The release version of Windows 11 is known as 21H2. We’re still using this version, although there have been a few bug patches and additional tiny updates. Sometime later in 2022, we expect a more significant update to ‘22H2’.

So, what does Windows 11 mean for your business? Should you upgrade? And which versions of Windows are now falling out of support? Here’s everything you need to know about the rollout of Windows 11.

New features and benefits of Windows 11 for businesses

Many of the surface updates for Windows 11 (compared to Windows 10) are visual or audible. The File Explorer has an entirely new look, updated icons and a new Windows logo. The sounds have also been changed and are now much gentler and less harsh.

As mentioned above, the start menu looks quite different. Now located in the centre, you’ll find pinned apps at the top, along with a search bar. Recommended files and programs appear beneath these, with settings and power options at the bottom.

However, Windows traditionalists should fear not, because there’s still the option to left-align the start menu – go to ‘Personalization > Taskbar > Taskbar Behaviours’ in the settings menu, and choose the ‘Taskbar Alignment’ option.

Windows 11 also sees significant upgrades for many of the programs we’re all familiar with (like Paint). From a business perspective, a crucial aspect is a much greater focus on programs like OneDrive and Microsoft Teams. If you’re already dependent on these programs (or planning on being soon), this is an excellent step in the right direction.

Which versions of Windows are falling out of support?

Most businesses will currently use Windows 10 or have recently upgraded to Windows 11. Check the exact system you’re running by clicking on the Start menu and then ‘Settings’. Find the ‘About’ tab and click on that. Here, you’ll find the exact version of Windows you currently have listed next to ‘Version’.

If your operating system hasn’t been updated recently, you may see a four-digit number like 1909 or 2004. It may also be in the following format: number-number-H-number. The first two numbers are the release year, and H1 or H2 refer to which half of the year. So, the version of Windows 10 released in May 2021 was ‘21H1’.

May 2022 saw November 2019 update 1909 fall out of support. All previous versions of Windows 10 are already obsolete in terms of Microsoft support, upgrades and protection. The following version, 2004, released in May 2020, reached its end-of-life (EOL) in December 2021.

Windows 8.1 – Windows 10’s predecessor – reached the end of mainstream support in January 2018. There’ll be no more extended support from January 2023. It’s still possible to upgrade from Windows 8.1 to Windows 10, but it might not be free anymore. 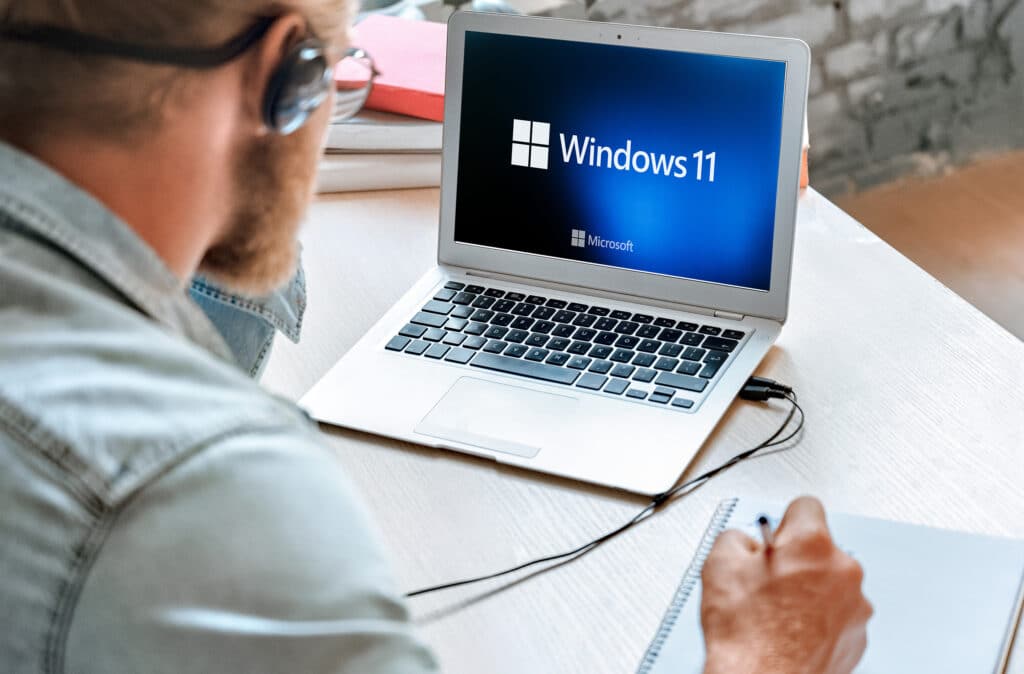 Windows 11 has been developed explicitly with hybrid working in mind. This is great news for anyone spending at least some time working from home.

It also includes the following benefits for your business:

Make the most of these features by upgrading to Windows 11 as soon as you’re ready. In the meantime, put a plan in place to make sure you’re heading in the right direction. Windows 11 may still have a few bugs here and there, as with all new operating systems, but with Microsoft’s full backing, it looks set to be by far the best Windows system yet.

How Vantage 365 can help

Vantage 365 is an independent specialist consultancy devoted to Microsoft products such as Microsoft 365. We help businesses make the most of their Microsoft products by optimising their setups and helping your team become more efficient and productive. Our primary strategy is to ‘futureproof’ your business, getting it set up and ready for the coming years. We believe that getting into Windows 11 as early as possible is the best way to do this for your operating system.

Windows 11 has some strict hardware requirements, meaning not all pre-existing PCs and laptops will be permitted to download it. It may take a little time to get new devices in place.

In the meantime, it’s vital to develop a strategy to prepare for installing Windows 11. At Vantage 365, we’re all too happy to help with this plan and its implementation. Get in touch with us for a relaxed, commitment-free chat to discuss upgrading to Windows 11. We can be reached at hello@vantage365.co.uk or on 01384 593720. We look forward to hearing from you!

Get in touch today!

To discover the benefits of Microsoft 365 and find out how we can help your business achieve more from your technology, please give us a call on 01384 593720 or email hello@vantage365.co.uk. We’d love to hear from you!